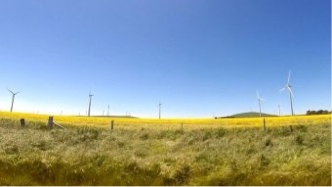 Wind turbine syndrome is a symptom of a community that feels it has lost control. It has very little to do with wind farms and ‘infrasound’.

Mick Vagg, Senior Lecturer at Deakin University wrote that “there is no scientific justification for any further investigation of ‘wind turbine syndrome’.”

Meanwhile the anti-wind Waubra Foundation supports the plan. Their CEO stated “Research and data if done properly is what enables proper regulation”. The lines of discourse drawn around this disease trace the shape of broader issues weighing on the deployment of renewable energy in Australia.

Despite broad public support for wind energy, the technology can provoke a strong reaction. Some people find them aesthetically pleasing, for others they generate anger, health fears, and impassioned protest. The reasons for these reactions are complex, but the solutions are clear — a community that is well-informed, consulted and empowered is much more likely to welcome the development of clean technology, and reject the offerings of anti-wind groups selling a narrative of fear and danger.

A key driver in the polarisation of views on clean energy has been the rapid shift in the perceived risks posed by the deployment of these technologies in rural and urban communities. The genesis of this shift must be understood before we can consider countering the surprising but effective stigmatisation of wind farms.

Wind turbine syndrome, a term coined by Nina Pierpont, the wife of an American anti-wind activist in 2009, centres around the theory that wind farm ‘infrasound’ can cause direct adverse health impacts in human beings.

The hypothesis has propagated across select Australian wind developments, propelled almost exclusively by the work of the Waubra Foundation, a group focused on visiting communities considering wind farm developments and prophesising impending epidemics of the mysterious syndrome. They operate as a ‘health promotion charity’, and have called for tax-deductible donations to help fight wind farm developments in planning courts. The promotion of wind turbine syndrome is clearly aligned with efforts to suppress the development of renewable energy.

The declared symptoms of wind turbine syndrome are broad and unbelievable, which suggests a complex array of factors are responsible for these claims, rather than solely concerns about the local area – usually described as ‘NIMBYism’. One of these factors seems to be the perception of a lack of control.

Consistently, communities that feel disconnected from the process of wind farm development seem more likely to misjudge the risks posed by that development, and anti-wind groups are quick to take full advantage of that sentiment.

We can see this exact phenomenon at work around other developments. A fascinating example of control and risk perception was the case of a Telstra tower proposed in Freshwater in 1995. Though visceral fear of mobile phone towers might seem peculiar to us now, the community outrage around this development was quite real.

A community that is well-informed, consulted and empowered
is much more likely to welcome the development of clean technology.

A consistent theme of disenfranchisement arose in the impassioned declarations of health fears related to the electromagnetic radiation of the tower. A resident, when interviewed by media, succinctly summarised the issue: “I don’t think they really appreciated the depth of community feeling”.

A young Tony Abbott spoke to the protesters near the mobile phone tower (some who had chained themselves to a fence), linking their health fears to the concept of powerlessness by declaring “we will change the rules to take away the exemptions and the immunities which Telstra currently enjoys to put these things virtually where it likes.”

Abbott spoke to the core of their concerns – that Telstra had not adequately involved them in choosing whether or not to develop and operate technology in their community.

Recently, Abbott was interviewed by Alan Jones, and his comments on wind farms mirror those he delivered to the mobile phone tower protesters: “I absolutely understand why people are anxious about these things that are sprouting like mushrooms all over the fields of our country”. His metaphor, of uncontrolled fungal proliferation across our country, ticks all the necessary boxes in catalysing feelings of powerlessness and invasion.

In the early 2000s, diligent community engagement was sufficient to address the concerns of those who lived near wind farms. But in the past four years, claims propagated by anti-wind groups like including the Waubra Foundation have super-charged sentiment and completed the link between control and risk needed to breathe life into health fears around clean energy.

The theory of wind turbine syndrome was not sourced from empirical scientific investigation – it was borne of a heady mix of human nature and vested interests, and consequently, the broad claims of health impacts seem far-fetched and comical to those who do not feel the same frustrations. Despite the consistent rejection of the claims of anti-wind groups by health authorities, the link remains effective, and worryingly, there’s no reason to suspect it will be limited to wind farms.

A planned 20 megawatt solar facility in the ACT has already sparked opposition, with a mishmash of arguments that strongly echo organised opposition to wind energy: “We are also concerned about the effect that the glare may have on those homes that overlook the proposed solar farm as well as the impact on water, flora and fauna” state opponents of the solar facility.

Portentous warnings of ailments almost identical to the vague symptoms of wind turbine syndrome, such as headaches, feelings of pressure in the head and feeling of general unwellness can be found online, in a fraction of a second. The same stew of sentiment and pseudoscience bubbles below the surface, and the link need only be completed by motivated and well-funded lobby groups with no desire to adhere to the bounds of scientific inquiry.

Given the already well-established industry of pseudoscience around electromagnetic radiation, research into ‘solar panel syndrome’ might one day draw funds from the Abbott government too.

There are some countries where wind turbine health fears have failed to take hold, demonstrating the importance of community ownership schemes. Germany has adopted ‘Bürgerbeteiligung’, meaning ‘citizen ownership’. With an installed wind energy capacity of 31,332 megawatts, (12 times larger than in Australia) and a population density 74 times greater than Australia, it seems likely community ownership has played a big role in the relatively smooth acceptance of the technology by German residents. Social acceptance of wind farms has been boosted in Denmark through community ownership models, and 1,700 Dutch households raised 1.3 million Euros in a few hours to build a crowd-funded wind turbine.

In Australia, community ownership is gaining traction. My employer, Infigen Energy, is looking to enable community ownership of one of the wind turbines at the Flyer’s Creek development in NSW, through the Central NSW Renewable Energy Cooperative (CENREC).

The Hepburn Wind Farm, a two-turbine community-owned wind farm in Victoria, has generated 27,809 megawatt-hours since commencement — enough to power an average Australian home for 4,209 years, and the proposed Fremantle Co-operative wind farm project in WA recently hit a $10,000 crowd-funding target to produce myth-busting videos on wind energy. The Coonooer Bridge Wind Farm development utilises a community benefit model that is the first of its kind, and has been welcomed by locals.

These initiatives are, simply, the circuit-breakers needed to lessen the influence of lobby groups working against the integration of renewable technology into our energy system, and empower communities. Abbott’s research will likely be ineffective in lessening the spread of wind energy health fears in communities.

The deployment of clean technology across Australia as a means of reducing our reliance on fossil fuels will be stewarded by tight-knit Australian communities. The companies that develop, operate and maintain large-scale generation assets fuelled by renewable resources can only benefit from community ownership and engagement.

It seems the only ones who will lose out from this shift will be those who professionally stoke anger and feed fear. The demand for their resource will run swiftly dry.